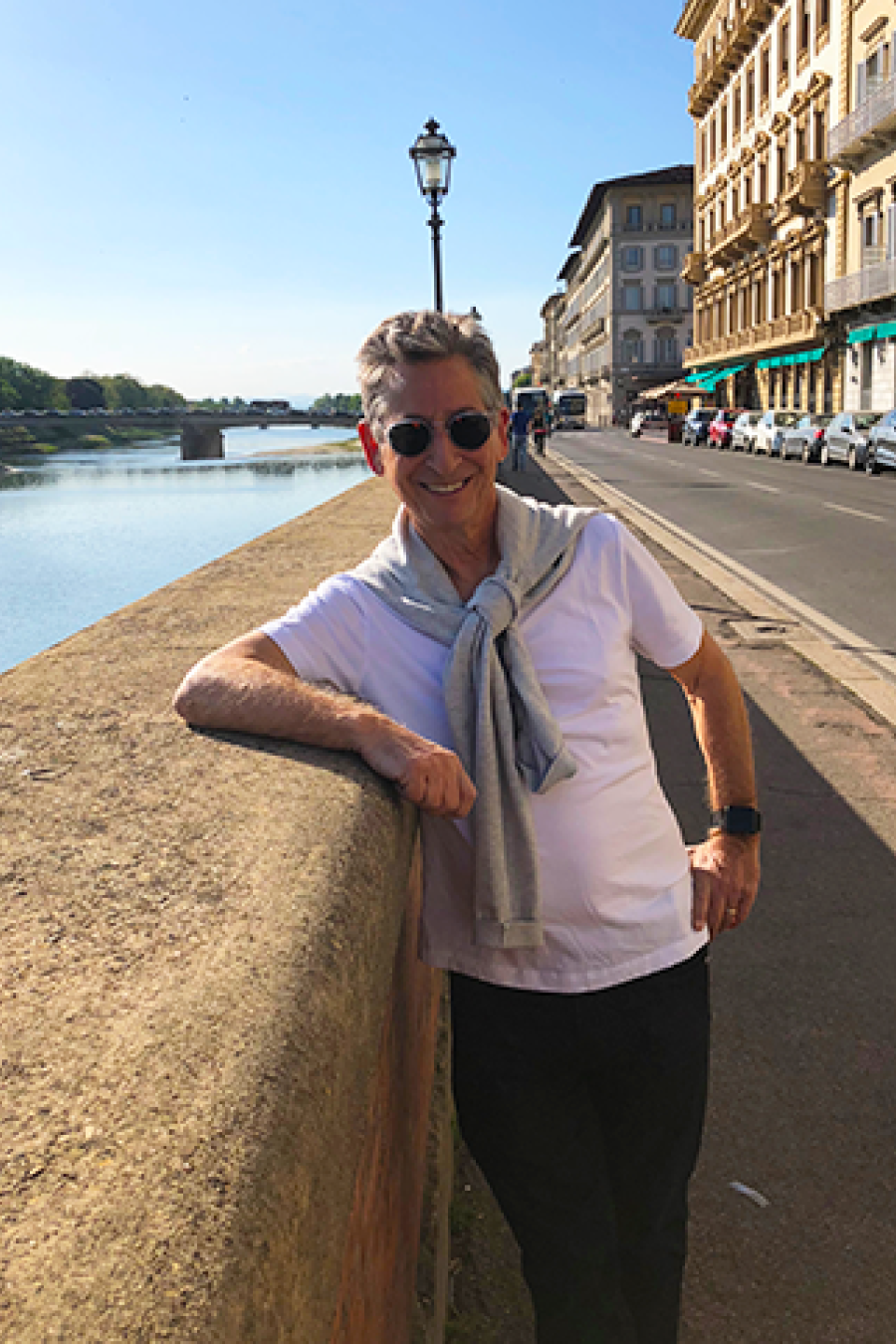 I joined the Groundlings in early 1974. I had half a dozen improv classes when the first show opened on March 29, 1974.  Gary Austin gave Doug Cox and myself a lot of stage time. We changed the furniture between skits.  Doug had joined a couple of weeks before - so he was  stage manager, I was his assistant. We did perform in the show.  We were part of the crowd in the Restoration Sketch.   You can see me in that black and white photo of that first group - it’s on the East wall of the lobby. I’m in the front row pretending the guitar case I’m holding is a cello. I stayed in the Groundlings Company through the opening of the Melrose Theater in 1979, and on until 1981.  After that is was all pretty much downhill.  I ran movies and miniseries for NBC in two different centuries.  In between I made a lotta-lotta TV movies - some of which you probably saw - but are afraid to admit you watched. I ran a movie studio, co-founded a distribution company and pretty much avoided felony prosecution. In this century, I’ve kept a low profile and have been working on a book about the early days at the Groundlings.  I’m married and have two daughters and two stepdaughters - none of whom have any interest in the Groundlings.

Steve Has Previously Appeared In